Flying warehouses filled with drones: a pie in the sky idea? 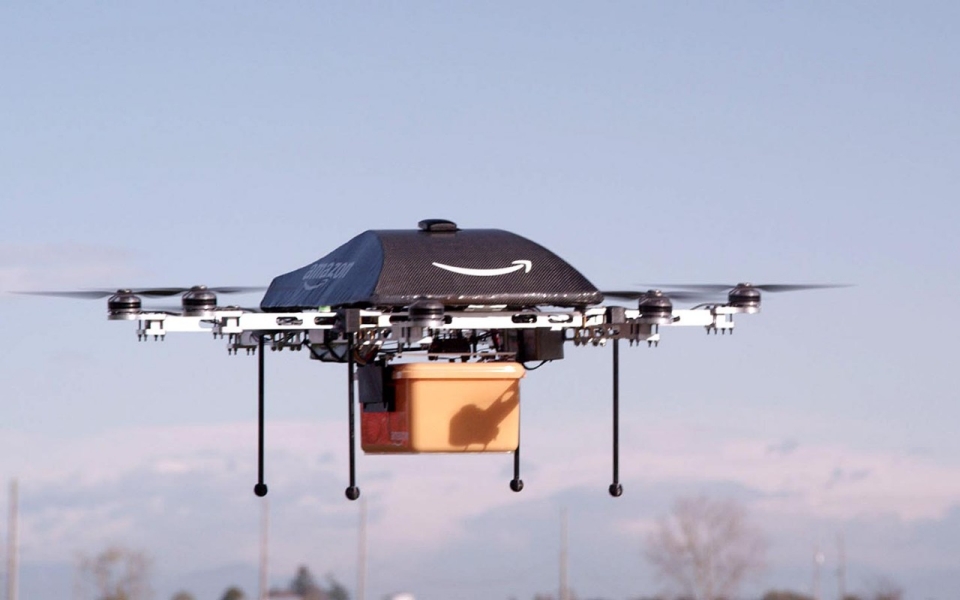 It seems that the only way is up for warehouse stock. While SEGRO sets its sights on a multi-storey shed at Meridian Water in Enfield, North-East London, Amazon is taking the idea of capitalising on ‘unused airspace’ to new heights. Last year, the global e-commerce company filed a patent for giant flying warehouses filled with drones, and then at the beginning of 2017 it lodged a second patent, this time for underwater sheds. Although these ideas seem far-fetched and are, in reality, years away from becoming viable alternatives to the traditional shed, they do highlight the very real issue of industrial stock shortage in today’s market. Warehouse take-up in and around Greater London has sky-rocketed in recent years, driving supply down; demand in London is now so strong that it’s thought the capital has between just six and eight months’ worth of available stock remaining. Research, published in our latest Databook, reaffirms this, with the data indicating that availability of industrial stock in our London and the South East patch is at a staggeringly low 2.4%. And more specifically in East London, availability stands at just 700,000 sq. ft., compared to a long-term demand trend level of 1.4 million sq. ft. per annum. In this region especially, strong competition for industrial land from housebuilders is having a severe knock-on effect, prompting a commitment to greater pre-lets by occupiers, such as Amazon, which last year signed-up to 2.2 million sq. ft. of warehousing at the London Distribution Park in Tilbury. It is because of the diminishing supply and high demand that both occupiers and industrial developers are considering alternative ways of generating space in the current stock-starved market. At the 23-acre Meridian Water site, SEGRO’s multi-storey plans are likely to generate almost 450,000 sq. ft. of space on a 6.5-acre plot – a site that would ordinarily only be capable of creating around 130,000 sq. ft. of space. Multi-storey sheds are just the first step, and while the flying and underwater warehouses seem outlandish, they are simply taking the original concept to the next level. By utlising unused space – both above and below ground – these trailblazing methods could counteract an endemic problem of inefficient space usage in current warehouse set-ups, as well as simplifying the processes of picking stock. To genuinely address the current issues around space inefficiency, the industry needs to become a lot more adept at responding to innovation and modernisation. True, technological advancements would need to progress at a significant rate for underwater and flying sheds to become a commonplace way of storing and distributing goods any time soon. But other techniques, such as drone delivery and robotic sorting, picking and packing, are already being successfully trialed and are much more achievable in the short-term. However, these technical capabilities would need to be matched by the industry’s own willingness to evolve and innovate in order to be viable on a widespread level in the near future. Based on the current market conditions, where land supply problems are becoming increasingly acute and pressure for urban logistics floor space is growing fast, it’s perhaps inevitable that the traditional, single-storey shed will one day become a thing of the past – and when that time comes, maybe flying warehouses will not be such a pie in the sky idea after all. Peter Higgins is a Divisional Partner at Glenny; based in Glenny's Stratford office, he heads up the East London Business Space team.