Despite Brexit, commercial occupier demand rebounds strongly in London and the South East 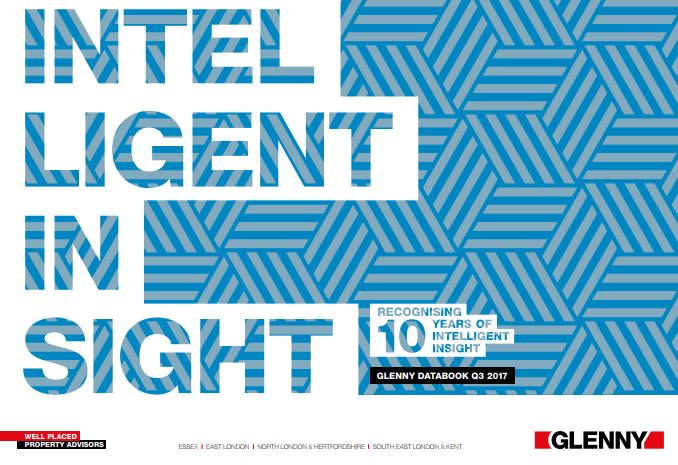 The troubled negotiations over Britain’s exit from the European Union have failed to dampen demand for industrial and office floor space across the eastern half of the M25 region, according to the latest research published by Glenny. John Bell, Managing Partner at Glenny, said: “We expected occupier requirements to ease in Q2 and Q3 of 2017 as Brexit uncertainty kicked in. But the business world appears to be driving through this period and responding with increased demand and record levels of take-up in certain areas. “However, with supply of industrial stock remaining the primary issue, occupiers are still favouring new space and competition for ‘Grade A’ stock is expected to drive the market forward over the next 12 months. In the absence of ‘Grade A’ space, secondary rents have also benefitted significantly.” Supply, demand, take-up and rents After an early slowdown towards the beginning of the year, demand for industrial floor space in London and the South East recovered strongly in Q2 and Q3 of 2017, reaching almost peak levels of 14.9 million sq. ft. – on par with demand levels of 15.3 million sq. ft. recorded in Q3 2016. Office requirements have also remained strong across the London and South East region, particularly in the burgeoning Stratford and East London markets, where prime rents have risen by 92% since 2014 in response to increased demand. On the supply side, whilst demand has increased the availability of prime and secondary stock coming forward to market remains constrained. The net result of this decline in take-up levels in both the industrial and office sectors saw availability fall below trend levels in the first three quarters of 2017, while rents continue to be driven upwards. The industrial sector has seen prime and secondary rents increase by 8.5% and 10% over the past 12 months, while 50% of locations across London and the South East now have values in excess of £10.00 per sq. ft. Office rents have also increased as the supply of space has dropped significantly over recent years, largely as a consequence of Permitted Development. Prime office rents across the Eastern M25 have increased by 14.5% over the past 12 months, with secondary values rising by 16.5% from a lower base. Stratford has been a major force behind the growth in office rents in the region, with prime rents rising by 26.3% since the start of the year. Key take-up and transactions in Q3 2017 across London and the South East • Cancer Research announced its relocation from Angel, Central London, to Stratford, East London, taking 110,000 sq. ft. of new office space • The British Council also announced its relocation to Stratford, East London, (from St James’s, Central London) taking 85,000 sq. ft. of new office space • The Chinese investment group Cheung Kei’s purchased 20 Canada Square for £410 million • The newly refurbished Kao One Harlow was purchased by Capital Trust for £28.4 million • Tritax Big Box REIT’s purchase of the former Littlebrook Power Station site in Dartford for £65 million • BlackRock Industrial Trust paid £50.6 million for Uplands Business Park Walthamstow This data has been taken from Glenny’s latest Q3 2017 Databook, which is available at www.glenny.co.uk.