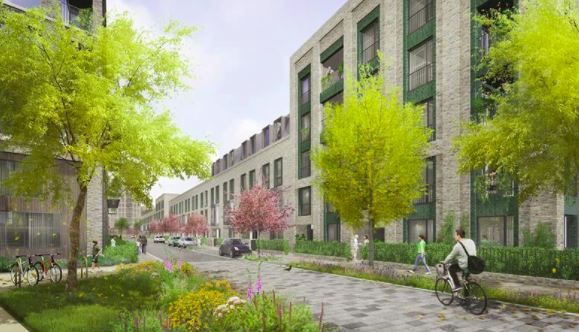 Colin Cottage, Partner at Glenny, Head of Regeneration & Infrastructure, and former Chairman of the Compulsory Purchase Association (2016-2017) provides professional insight in this week’s Property Week. Commenting on November’s Budget, he suggests using CPO powers to acquire land-banked land is not a quick fix solution to the current housing crisis. In his last Budget, the chancellor voiced concerns over the shortfall between planning permissions granted and the number of homes being built, suggesting that in London alone there are 270,000 unimplemented residential planning permissions. In the instances where it is felt land, desperately needed to help deliver housing, is being withheld from the market for commercial reasons, the use of compulsory purchase powers is therefore being proposed as a quick-fix solution. However, even a straightforward compulsory purchase order (CPO) can take between 18 months and two years to process. Recent statistics suggest the average time taken to determine opposed CPOs is well over a year and increasing. But these statistics take no account of government guidance saying that compulsory purchase powers should be used as a last resort, after attempts to negotiate. This further extends the acquisition timetable. And of course, even once the land is acquired, a developer then has to be identified, with no guarantee that they will be able to bring forward development any faster than the current landowner. Promoting a CPO can also be expensive – particularly if it is opposed. The cost of making a CPO and holding a public inquiry if landowners object normally runs to several hundred thousand pounds. If a CPO is confirmed, compensation will also need to be agreed or determined. This will need to reflect not only the value of the land with planning permission but also a basic loss payment, reimbursement of any fees the landowner incurs in agreeing compensation and possibly disturbance compensation. In some circumstances, reinvestment costs for the acquisition of replacement development land may also have to be paid. And, if an agreement cannot be reached, a reference would have to be made to the Upper Tribunal.

This can also be a very expensive process, which would expose government to the risk of having to meet the landowner’s costs if its value case was not upheld. In short, there is a danger that using compulsory purchase powers to acquire development land in the way that is being suggested could further delay, rather than accelerate, the release of development land. It would also lead to the public purse incurring costs well in excess of the value of the land being acquired. CPOs undoubtedly have an important part to play in the delivery of new housing. They are often the only way complex sites in multiple occupation can be assembled in a reasonable timescale. However, they are not the best tool for acquiring land in single ownership with existing planning permission.